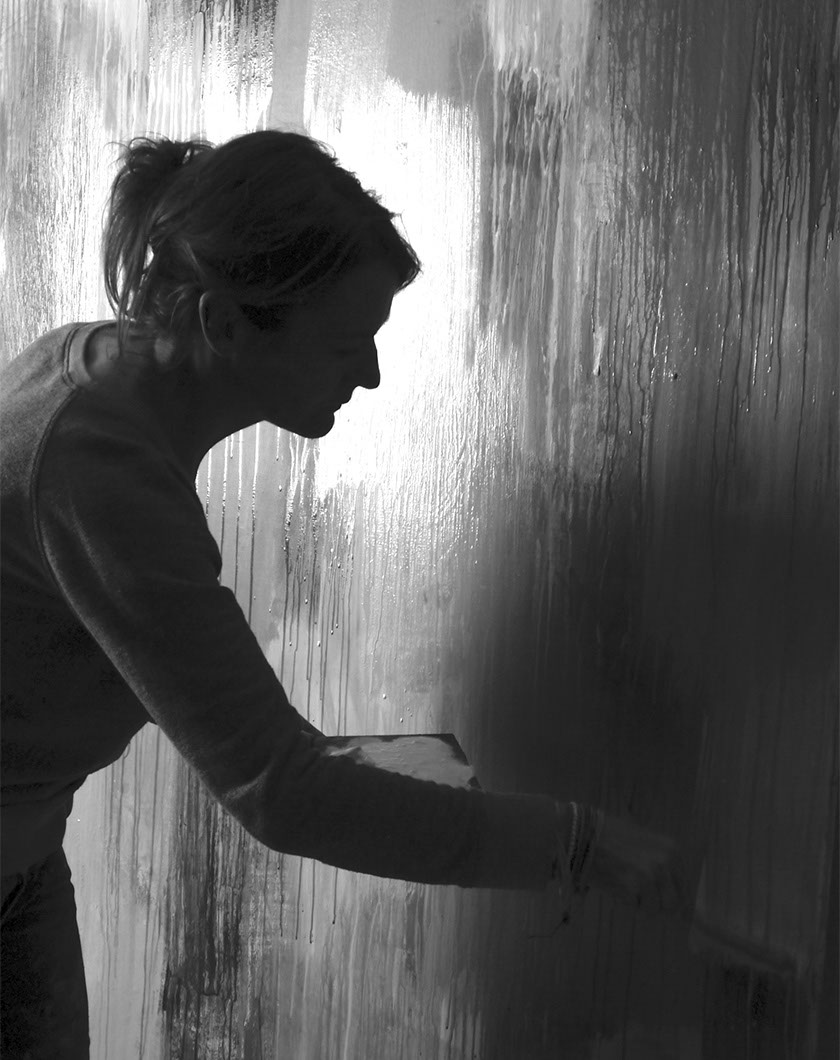 Painting in response to the void

‘Before I embark on a new creation there is a complete void, inside of me and on the canvas. Beforehand, I have no idea of how to fill that void. Therefore, for me, the outcome is also a surprise. That is why the starting point is so crucial. It is this starting point that is going to decide in what direction the painting is going to evolve’, according to Laurien Renckens in her Nijmegen-based studio where I have come to visit her. During our conversation, the word ‘void’ often comes up, in conjunction with notions such as ‘light’, ‘colour’ and ‘line’. Renckens loves emptiness, silence. They are perfect of their own accord. That is why she does not want to fill the void and break the silence with brush, paint and tape, but to experience them by transforming them into art. That is the ultimate challenge Renckens has to face; but how do you achieve the perfection of a void in a painting?

For Renckens, the answer to that question does not lie in the subject matter or the illusion; the interconnection of the canvas and the process decide what choices she is going to make. The often delicate, bright coloured lines contrast strongly with the surfaces that vary from the whitest white to the softest white, made up from pink, grey and yellow hues, and, thus, giving it its depth. The predominantly vertical lines, framing the empty surface, are, ever so often, literally, at the edge of the panel. As a crowning achievement of the void.

However, there is more. For, simultaneously, subtle lines frequently interrupt that same void. Not – as is the case in the Cézanne tradition – to rearrange and abstract the world surrounding us, but to give the painting its own reality. Cézanne looked from the outside in and, thus, appropriated a landscape or a still live. Renckens follows rather in the footsteps of Mondriaan, the first abstract artist who looked from the inside out, and considered a painted surface, framed with horizontal and vertical lines, to be an inspired surface: a surface that, exclusively, refers to the feeling and meaning that the maker has put into it. Referring to the artistic process itself. How strikingly beautiful Renckens is continuing this tradition.